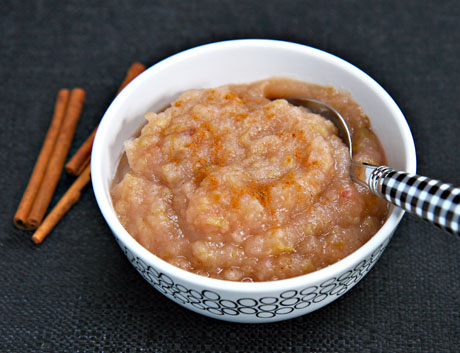 What do they know that I don't know?

Instead, I conjure up the aromas of applesauce, pumpkin pie, and the screaming-hot lamb vindaloo at the Jackson Diner in New York City.

Cloves (from the Latin word clavus, meaning "nail" — a likely reference to their shape) are the unopened flower buds of a small tree native to the Moluccas, the "spice islands" now part of Indonesia. When the Dutch colonized the Moluccas, they tried to create a monopoly on cloves by destroying seedlings on nearby islands. In the late 18th Century, however, a French official smuggled some seedings to Ile-de-France (Mauritius). Today, though Indonesia is the world's largest producer*, Zanzibar and Madagascar are the largest exporters. 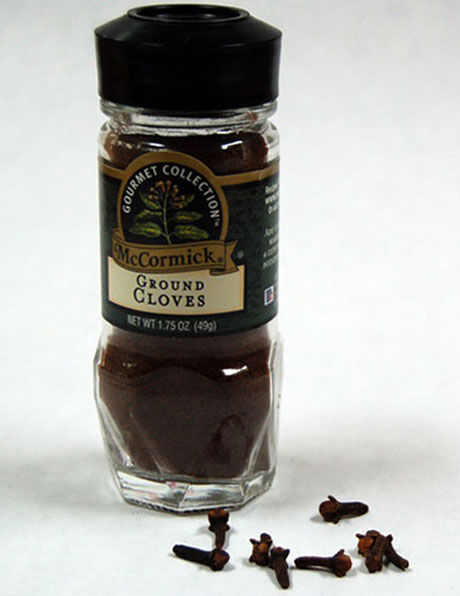 In my pantry, I stock both ground cloves and whole ones, but I use the ground cloves more often. Whole cloves come in handy for sticking into an onion to flavor stock, or sticking into a ham for some reason or other (can you tell I'm not a ham eater?). Ground cloves are great for making your own spice blends. When buying, look for color; the powder should be dark brown. If it's lighter in color, you're probably buying more stems than buds.

Cloves by themselves have a fruity, sharp, almost tongue-numbing taste, and thus are often combined with other spices as an essential member of the chorus, but not always a soloist. Without cloves, we would not have Chinese five-spice powder, garam masala or quatre-épices. However, cloves in moderation do compliment the flavors of chocolate, ham, oranges, squashes, sweet potatoes, and beets.

*By the way, more than half the world's production of cloves goes neither into food nor towards making men smell good — it goes up in smoke. In Indonesia, almost the entire harvest goes into kreteks, which are cigarettes made with two parts tobacco to one part cloves.

This is the world's easiest applesauce. Use a mix of Macintosh, Winesap, Cortland and Granny Smith apples, or whatever's available. I can still picture my grandmother in her kitchen on Remsen Avenue in Brooklyn, cranking the handle on the ricer to make this sauce. I wonder what she would have made of food processors? Makes approximately 6 cups.

In a large stockpot, bring 3 quarts of water to a boil. Slice the apples roughly, leaving the skins on (not only is the fiber healthy, but the skins make the sauce turn pink), but removing the cores. Cook the apples in batches until just about to burst. Place in a food processor fitted with a metal blade (or put through a ricer) and puree. Transfer to a large bowl, and season to taste with a generous few teaspoons of cinnamon, and a large pinch of cloves. Serve warm or cold.

This applesause is a miracle of flavor! I had been raised on applesauce with sugar...but this is so much better. Lydia served it to me with Latkes at a memorable meal. What a revelation!

Less water and a food mill, then we're on the same page. Grandchildren love turning the crank on the food mill, we don't even have to core the apples, and everyone loves the taste. How wonderful to savor the true taste of the apples!
And how wonderful to be able to share this memory of your Grandmother with us.

The comments to this entry are closed.